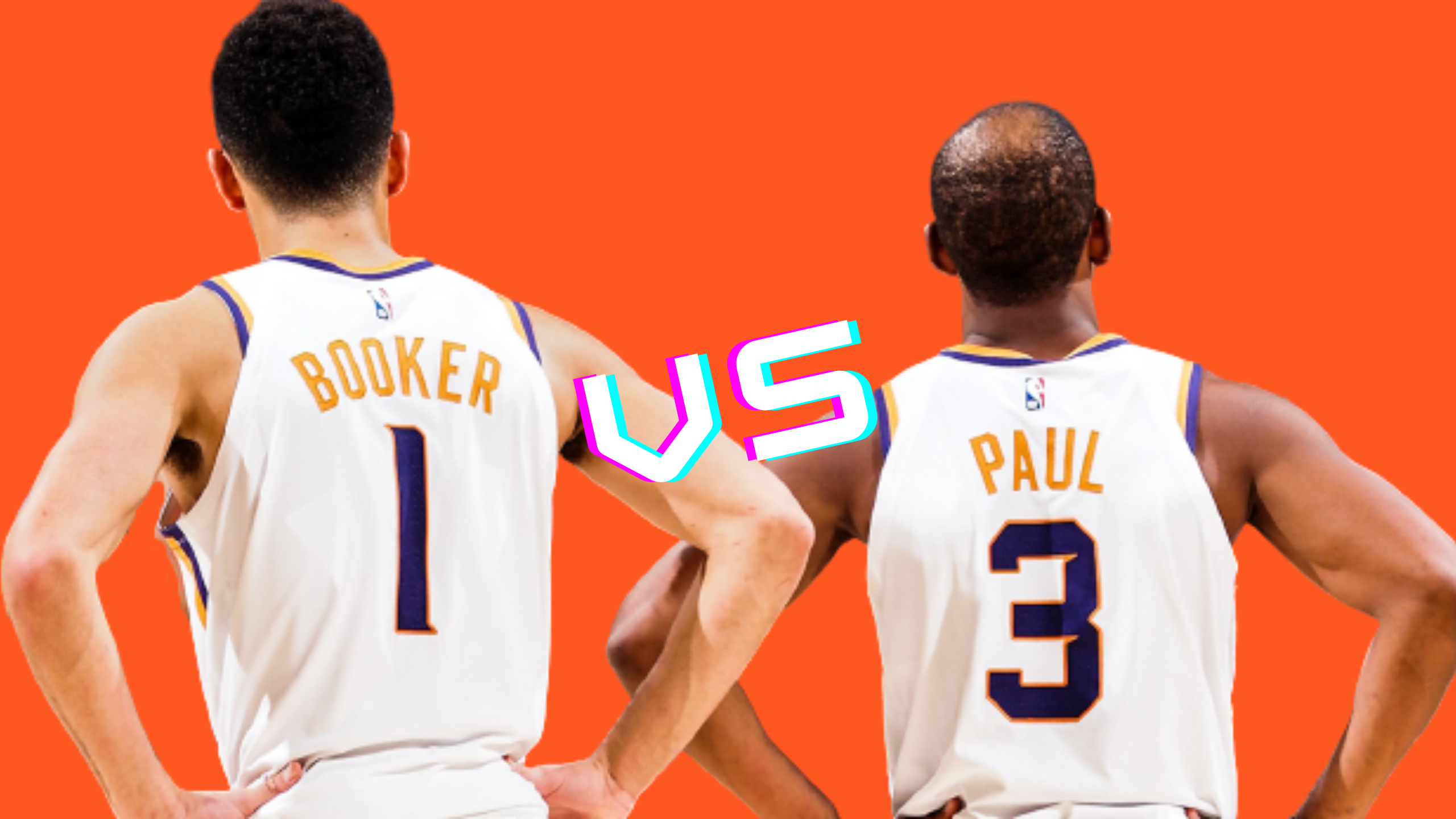 By now, it’s clear as day that the chemistry in the Phoenix Suns backcourt is at its peak. Rising star Devin Booker and perennial All-Star Chris Paul have joined forces this season to put Phoenix on the map and make the Suns one of hottest teams in the 2020-2021 NBA Season.

These two superstars are on the opposite end of the spectrum in terms of their careers. Booker, 24, just made it to his first postseason while the 17-season veteran in Paul is probably in the twilight of his incredible career.

That being said, it might be interesting to take a look at the NBA Top Shot Marketplace and compare Paul and Booker’s Moments in the platform and try to consider which specific ones would be the better long-term investment.

Paul, on the other hand, is a bit more classic. The ‘Point God’ first-ever Moment in NBA Top Shot came when he was still wearing an Oklahoma City Thunder jersey. The 11-time veteran, in classic CP3 fashion, pulled off a sick nutmeg on Isaiah Hartenstein in transition before knocking down a signature floater.

Sorry, Book. This one has to go to CP.

PS: Both Moments also have an MGLE version, a Holo Icon version, and a Cosmic version.

Ah yes, the infamous Cool Cats set from Series 2. Booker’s Cool Cat Moment was one of the first few Cool Cats to hit the Marketplace. Given this, his 3-Pointer Moment has a mint size of 5,000 which clearly gives him the advantage over CP3.

Paul, on the other hand, has a 20,000 mint count on his Cool Cats Assist Moment. This explains the difference in terms of price between both Suns Moments - Booker ($178) vs Paul ($22).

All that being said, I might have to lean on Booker’s Moment here. Aside from the fact that it’s a more scarce collectible, the actual play is quite nice. It’s not everyday that you get to fool one of the best on-ball defenders in the league in Paul George so that has to account for something.

Booker gets this one.

Booker’s Seeing Stars Moment is a tough bucket against fellow All-Star Bradley Beal. The young star has a knack for making difficult buckets and the level of difficulty on this one is up there. Booker wasn’t bothered by the bump nor the non-call.

Don’t sleep on CP’s Seeing Stars Moment, either. When you initially see this Moment, you probably won’t give it the time of day. It’s a rather basic pass from CP to a wide-open Mikal Bridges. But, when you scroll down and read the blurb, you’ll quickly learn that this was an important play in Paul’s incredible career. It’s his 9,888th assist which put him past Oscar Robertson in the all-time leaders in assist list. That’s special.

As much as I love Booker’s acrobatic jumper, you can’t beat a milestone moment from one of the league’s best point guards. CP has my vote on the Seeing Stars set.

Now, let’s talk about the cream of the crop. Let’s take a look and compare both their Holo Icon Moments from Series 2.

Booker’s 1/99 Moment in Series 2 comes in a resounding dunk against the Oklahoma City Thunder. The young Suns superstar has been known to have one of the sickest and smoothest jumpers in the league but don’t let that fool you when it comes to his leaping ability. Booker can fly high and he proves that on this thunderous jam. Now that’s one hell of a statement.

Chris Paul’s Holo Icon Moment is a bit more classic. The court general isn’t the most explosive guards at this point of his career but he’s still a walking bucket at any point of any game. In his Legendary S2 Moment, Paul pulls out a side-step triple in the face of Lonzo Ball to crush the hearts of the New Orleans Pelicans. Dagger.

I may have to go with Booker on this one, though. Obviously, a game-clinching triple from one of the best point guards to ever play in the league is a hold but it’s hard to argue against Booker’s potential.

At the end of the day, any Moment from these two would be great investments given that both Booker and Paul are bonafide superstars in the league. You can play the long-game and go with the young Booker or maybe invest in a more proven vet in Paul who’s about to end his career. You can’t go wrong with any of these two Suns superstars.