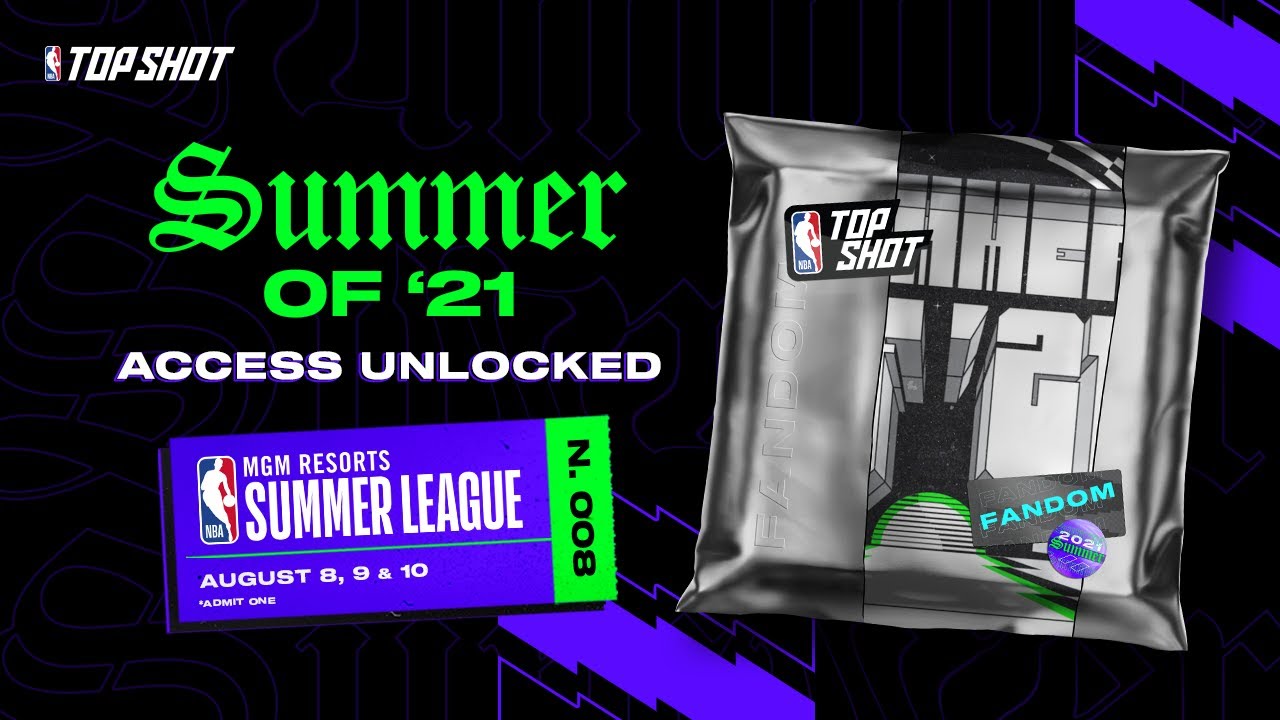 It’s officially summer and NBA Top Shot clearly wants to hit the ground running as they invade Las Vegas for the 2021 NBA Summer League. This time around, not only the rookies and young stars are heading to the games, NBA Top Shot wants its collectors to be part of this very important phase of each NBA season.

For the very first time, collectors of NBA Top Shot can actually physically purchase a Moment inside the arena as well as receive an In-Arena Moment from a Summer League game from August 8, 9, and 10.

Not only will this brand new set of Moments usher in an all-new Summer of ‘21 set, these Moments will also be introducing a new tier of Moments called the Fandom tier - a tier in between the Common and Rare tiers which will be mainly used for in-arena Moments moving forward.

A Top Shot Kiosk will be set-up in the Thomas & Mack Center in Las Vegas where NBA fans can line-up and purchase up to 10 Moments per day. Upon purchase, Moments will be airdropped to each user’s account as quickly as possible. For this specific Summer League, these new Moments will have a minimum mint count of 1,000. The specific games where these physical experiences will be made available prior to game day.

A total of five (5) Moments will initially be part of the Summer of 21 set - three will be available for pre-order during the games, one as a Challenge Reward, and another as a Quest prize. NBA Top Shot has also mentioned that these Moments will not be featuring stars from the 2021 rookie class to preserve their Top Shot debuts for their actual NBA debut during the regular season.

Aside from these Moments, NBA Top Shot is also launching its official limited edition merchandise that will be available for collectors present during the event to further complete the Summer of ‘21 experience.

And, as always, you can be a part of the fun through collecting Moments through the new NBA Summer League Access Unlocked. Eight lucky collectors will have a chance to win an exclusive all-access pass to the 2021 NBA Summer League including these awesome prizes:

A snapshot was already taken on Monday, August 2 and collectors with the following criteria earned an entry for the event:

The lucky winners will be announced on Wednesday, August 4 at 1 PM PDT. Note that winners will still have to opt-in to the raffle by August 4 at 9 AM PDT to make sure they’re eligible to win.