The Best Moments from the 2021 Playoff Sets (so far) 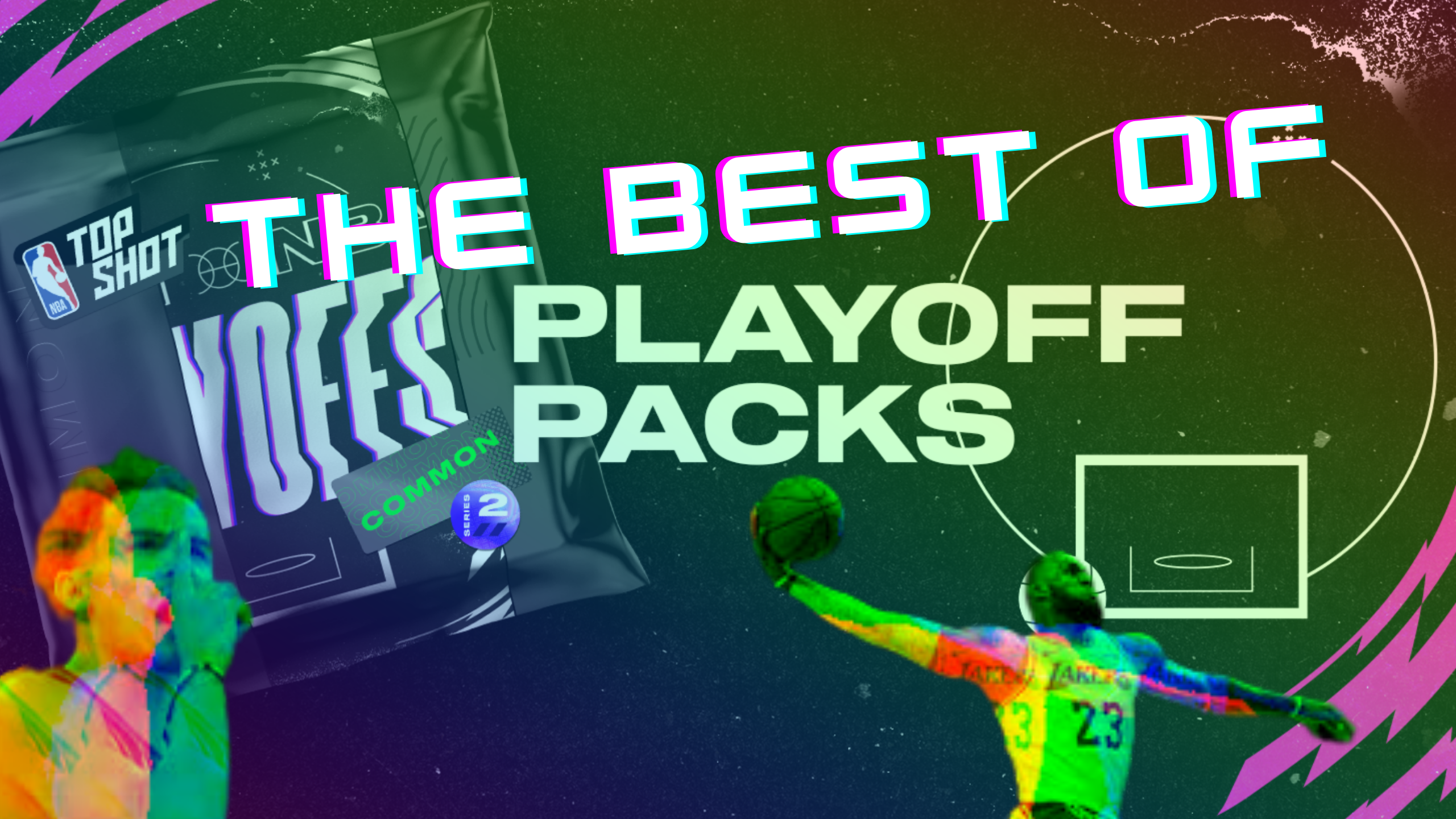 Every NBA fan in the entire planet knows deep in their hearts that the Playoffs is the most interesting and exciting time of every NBA Season. NBA Top Shot has amplified that sentiment by unveiling the 2021 NBA Playoffs Set that contains the most memorable plays and Moments from all the rounds of the postseason.

As of now, collectors have only gotten a taste of what’s to come. As part of the initial pack drop of the Playoffs Set, Top Shot has released a little over a third of the intended number of Moments coming in this Series 2 set.

Let's take a look at the best Playoff Moments we have on the platform so far.

It’s hard to start any NBA Top Shot list without The King. The four-time NBA champion was obviously the hottest ticket of them all when the first 2021 Playoffs Pack dropped. Even if the defending champions unexpectedly bowed out in the first-round against the Phoenix Suns, LBJ made sure to stamp his class in his 15th postseason appearance by catching a pass off the backboard from Alex Caruso and throwing it down with authority.

Not in Rudy’s House

The reigning three-time DPOY deserves to be in this list as well. Utah Jazz All-Star Rudy Gobert made everyone know why he’s called the “Stifle Tower” with one of his more impressive swats of the season. In their first-round series against the eight-seeded Memphis Grizzlies, Gobert met high-flying young star Ja Morant all the way at the top with a clean two-handed denial.

Dallas Mavericks young star Luka Doncic also had one of the more memorable plays from the first round which NBA Top Shot made sure to Moment-ize. Luka, who played just in his second playoff series against the Los Angeles Clippers, managed to dazzle the entire basketball world with his bag of tricks. In his first (and only) Playoff Moment from Series 2, the Slovenian knocked down an incredible side-step three off of one foot. Luka had no other choice but to smile after draining that one.

Speaking of the Los Angeles Clippers, their two-time NBA Finals MVP made sure he also made a dent in the opening round. In potentially one of the best dunks all season, Kawhi Leonard let everyone know, especially Maxi Kleber, that you should simply stay away when he gets a full head of steam. Leonard took Kleber’s soul just like that with one of the most unforgettable slams in recent NBA history.

Arguably one of the best plays in the entire opening round of the 2021 Playoffs was this floating dagger from Atlanta Hawks rising star Trae Young. In his very first playoff game, Young showed the world that he wasn’t shying away from the bright lights of Madison Garden as he completely took over and took the air out of the entire arena with one smooth floater. It was in this specific Moment that Trae Young introduced himself as one of the meanest villains in the NBA.

What are your favorite moments?