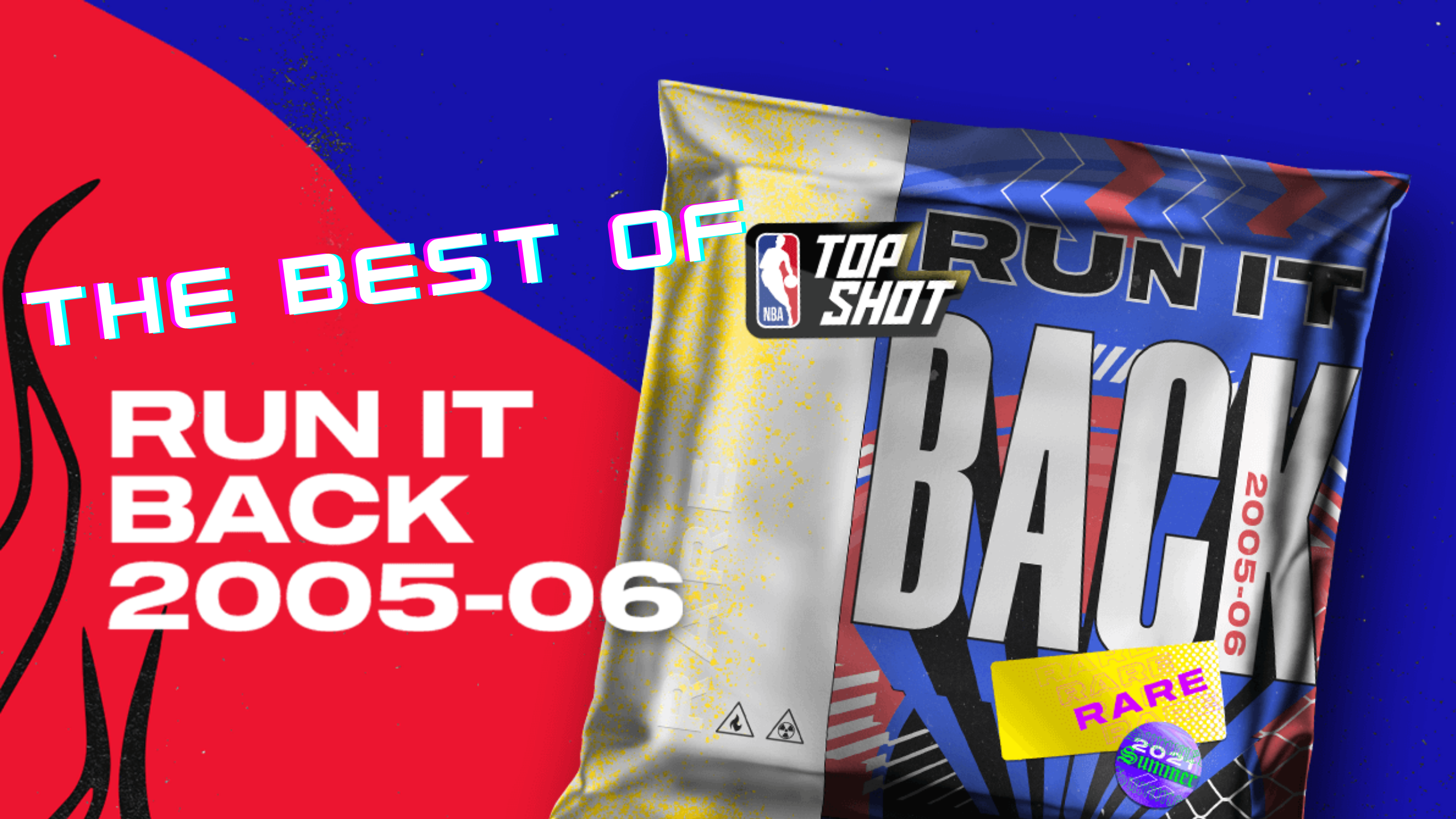 The highly-anticipated Run It Back packs finally dropped this off-season and NBA Top Shot certainly did not disappoint. After much clamor from the community, RIB’s second coming came in headlined by none other than Miami Heat icon Dwyane Wade. And, arguably, Wade’s best season with the Heat was the 2005-2006 NBA season which Top Shot chose to honor with its own throwback set. Out of the 51 Rare plays that hit the Marketplace last month, here is our best five (in no particular order).

‍Clearly, we have to start with The Flash himself. The three-time champion makes his NBA Top Shot debut with this acrobatic lay-up early during the regular season. Since this Moment falls on Wade’s first title run with the Heat, it obviously comes with a championship badge alongside that elusive Top Shot Debut badge. Not bad for a first Moment on the platform, Dwyane.

We can’t not include that season’s MVP, right? Although this isn’t Steve Nash’s debut in the platform, this is his first Moment as a member of the Phoenix Suns which makes this play extra special. Not to mention that it’s a play against his long-time buddy Dirk Nowitzki. Nash made a name for himself as one of the most creative finishers in the league and this crazy lay-up is a testament to that.

One of the biggest names that everyone was waiting for was none other than Philadelphia 76ers legend Allen Iverson. The cultural icon was one of the biggest stars in the league during his time and, honestly, all these throwback sets wouldn’t be complete without AI. Iverson’s patented ankle breaker finally hit the blockchain and everyone was hyped. Props to the Top Shot team for picking an epic thumbnail for this Moment.

How do you skip someone like LeBron James in any ‘best of’ list on NBA Top Shot? You just can’t. The Lakers star makes his Cleveland Cavaliers debut in this set with his classic windmill slam on a fastbreak. What everyone loves also about this Moment is that it’s literally the same dunk he pulled off in his Series 1 ‘Kobe Tribute’ Moment which is arguably one of the most popular Moments in all of NBA Top Shot.

Last but certainly not least, is The Big Diesel - Mr. Shaquille O’Neal. Shaq, who was playing alongside Wade for the 2006 NBA Champion Heat, announced his entry into the NBA Top Shot universe with a one-of-a-kind play. It’s not everyday you see Shaq running the break and, in his first-ever Moment in Top Shot, the four-time NBA champ not only runs from end-to-end but also finishes with a delicate lay-up during the 2006 Eastern Conference Finals against the Detoit Pistons. Just like Wade, Shaq’s first Moment also gets a championship badge and it’s not surprising that this Moment is the most expensive one in the entire set.

You can watch a preview of all Run It Back Moments here: