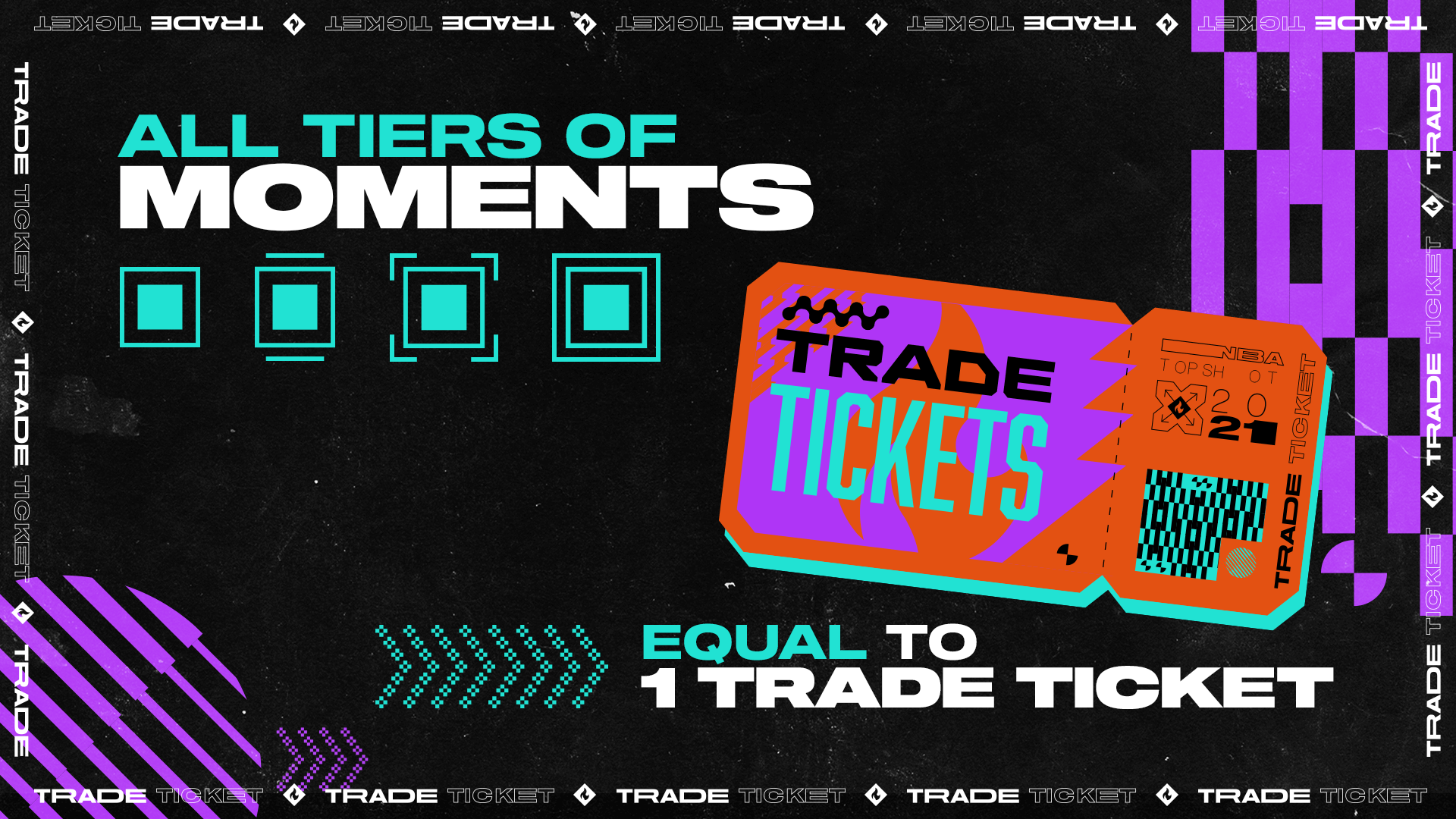 NBA Top Shot finally unveiled the much-anticipated Trade Ticket feature on its website. This new feature, which has been slowly hyped up as early as Series 1, finally brings some sort of deflationary system to the Top Shot ecosystem and gives collectors a ton of flexibility when it comes to building their collections.

With the Trade Ticket feature in place, a user now gets to trade-in any Moment from his/her collection to get a Trade Ticket. It won’t matter what tier your Moment belongs to, one Moment would equate to one Trade Ticket. Trade Tickets can then be used to purchase packs that can only be purchased exclusively through these tickets. Basically, it’s like swapping Moments you don’t really love or value for a chance to snag an all-new set of Moments through a new pack.

To test this whole system out, NBA Top Shot will be rolling out the first stress test on October 1st at 12:00 PM PDT / 3:00 PM EST (originally scheduled for September 21 at 10 AM PDT). And, to be qualified for this drop, a collector must have been able to acquire three Trade Tickets on or before the September 20 snapshot. For this test, you would need three Trade Tickets for a chance to snag a Series 2 Base Set Pack called a Locker Room Pack. There will be another Stress Test before the start of Series 3 for those who have acquired three more Trade Tickets prior to the snapshot.

What’s different about these Locker Room Packs? These packs will contain all the Series 2 Base Set Moments that have been traded in by other collectors, repacked. Every time you trade in your Moment, that Moment will go to an account called TheLockerRoom where all the traded in Moments will be stored and located moving forward. As of writing, over 104,000 Moments have been traded into the account which has a whopping Collector Score of 1.4M.

As mentioned in the website, this is just the first phase of this all-new Trade Ticket feature. Once this first phase is completed, assuming its 100% completion will be accomplished after the stress tests, Phase 2 will then be introduced where users will be allowed to trade Moments in bulk. Finally, after the second phase, we will then be heading to the much-awaited Phase 3 where users will be able to buy unopened Series 1 Base Set packs which include LeBron James’ Top Shot Debut. Initially, Top Shot mentioned that they’re predicting around 300-500 Trade Tickets to be able to snag a Series 1 pack. And, given that this number is quite steep, they’ve also announced that Series 3 Base Set Moments will have a way bigger edition size compared to its predecessors to hopefully aid collectors in acquiring more Trade Tickets in the future.